Note: This is the third article in the Dependency Series. The previous article is on The Economic Consequences of Dependencies.

Let me begin by defining my terms. A structural dependency is a linkage between two distinct organizational entities (e.g., teams) whose existence causes an instantiated dependency to be created when there is planned work or work in progress that requires the coordination of the two entities. An instantiated dependency is a specific instance of a structural dependency that is created because of planned work or work in progress.

Let me illustrate the difference between these two types of dependencies.

Imagine you draw a picture of our organization’s structure with an emphasize on which teams or organizations have a dependency on one another.  Below is a typical example: 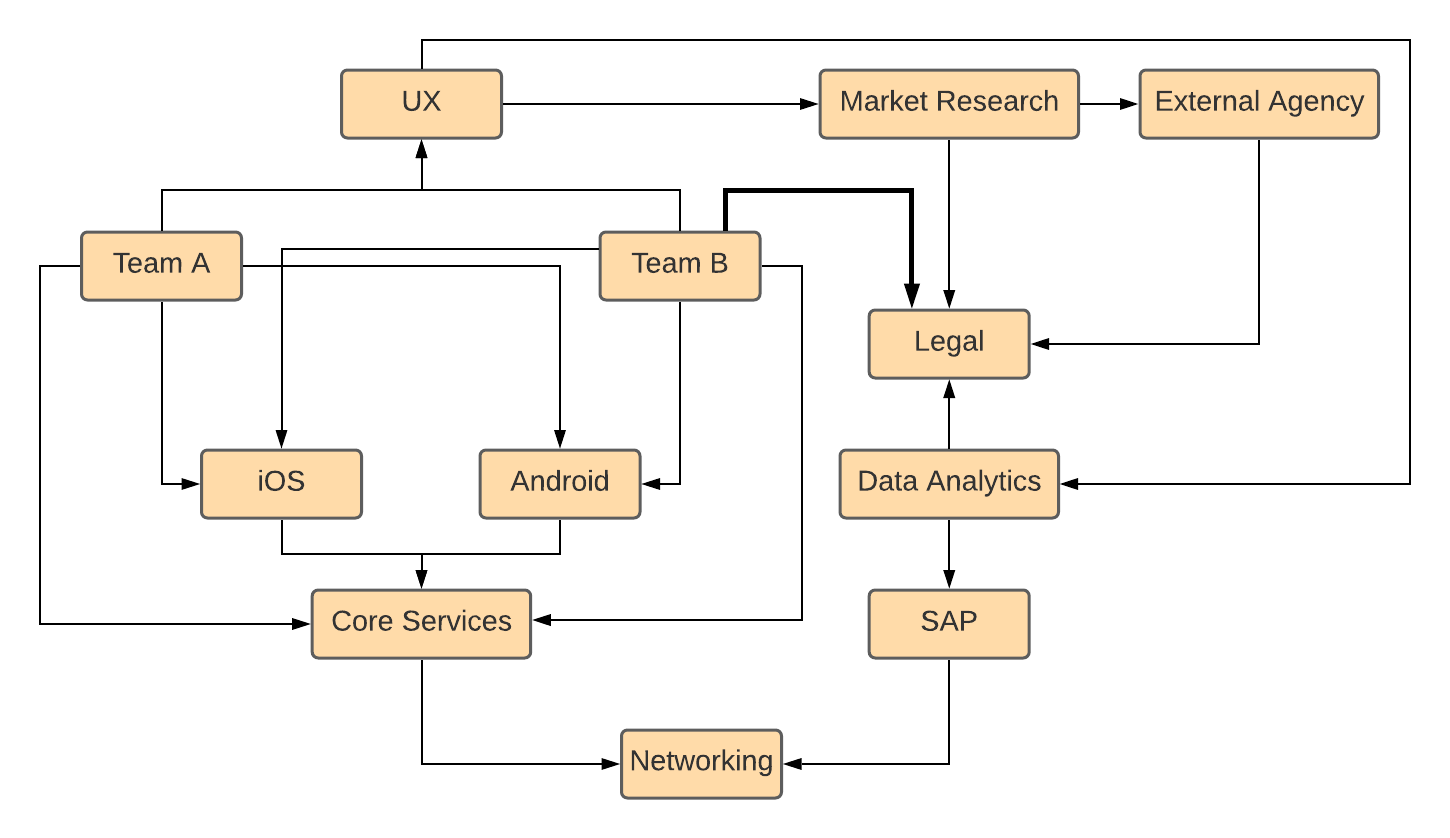 In this picture we can see (thick line) that Team B has a (structural) dependency on the Legal team. In other words, given the way that this organization has chosen to structure itself, if Team B needs legal work done (e.g., some legal text written or approved), it must engage with (depend on) the Legal team to perform the work.

When an actual work item for Team B appears that requires the Legal Team to do work (e.g., review the text of the new sign-up screen), an instantiated dependency comes into existence. See the image below for an example.

All of these techniques are used to manage instantiated dependencies that have come into existence due to planned or actual work in progress.

Other techniques for addressing structural dependencies include:

To learn more about the techniques for dealing with structural and instantiated dependencies you can attend my upcoming live online instructor-led course Dependencies Are Killing Your Agility: Learn to Fight Back on September 14, 2021.