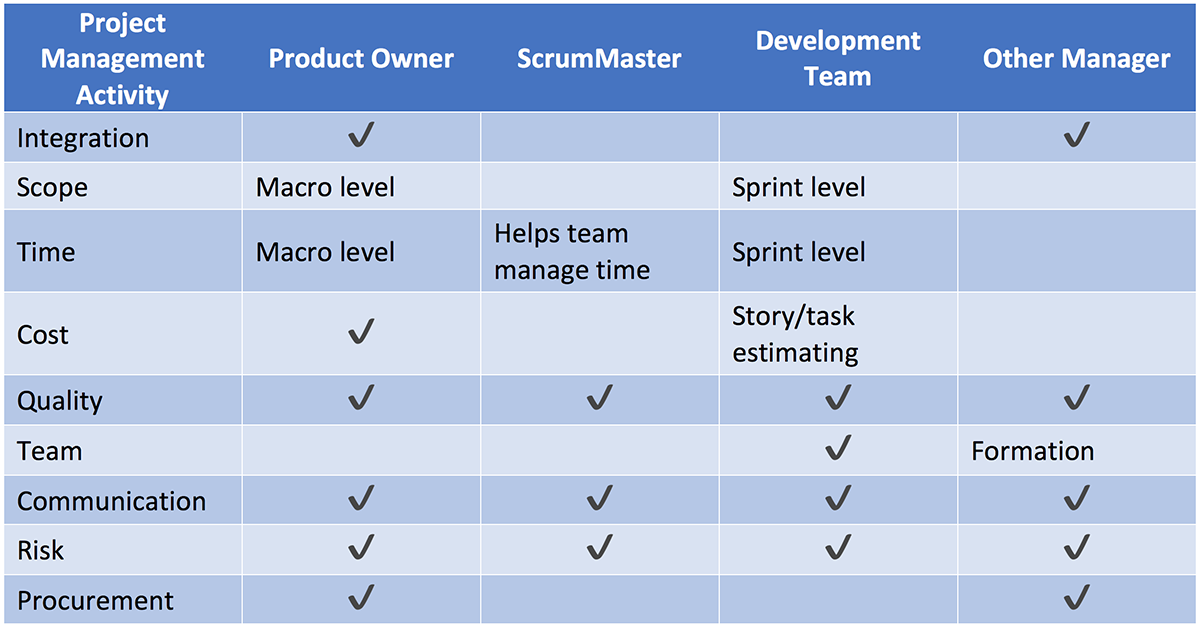 Based on the above table we can see that a person who was a project manager might assume any of the three Scrum roles, depending on that person’s skills and desire. Many project managers make excellent ScrumMasters, if they can forgo command-and-control management tendencies.